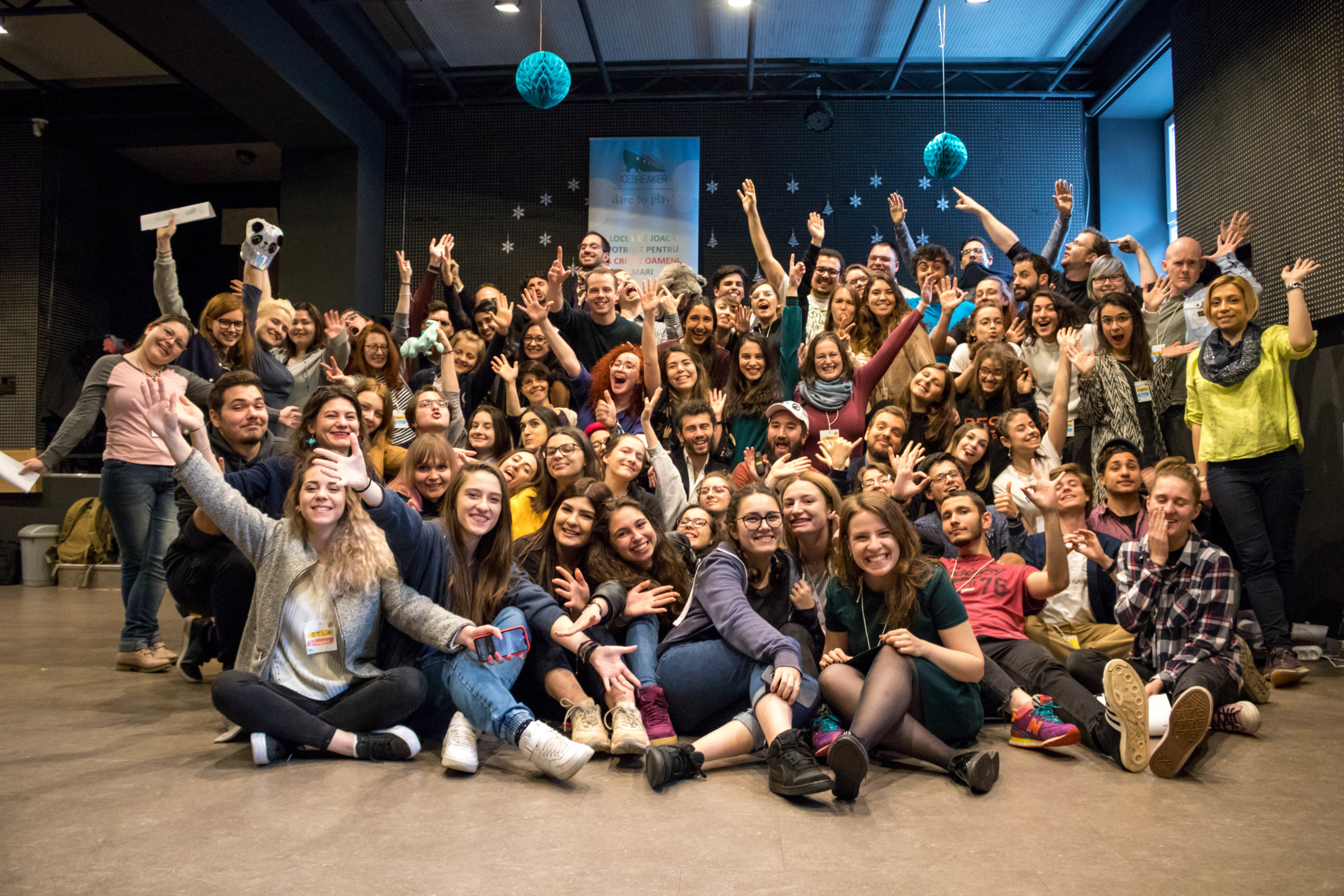 Trainers' Forum Conferencewe are planning a new event for March 2022 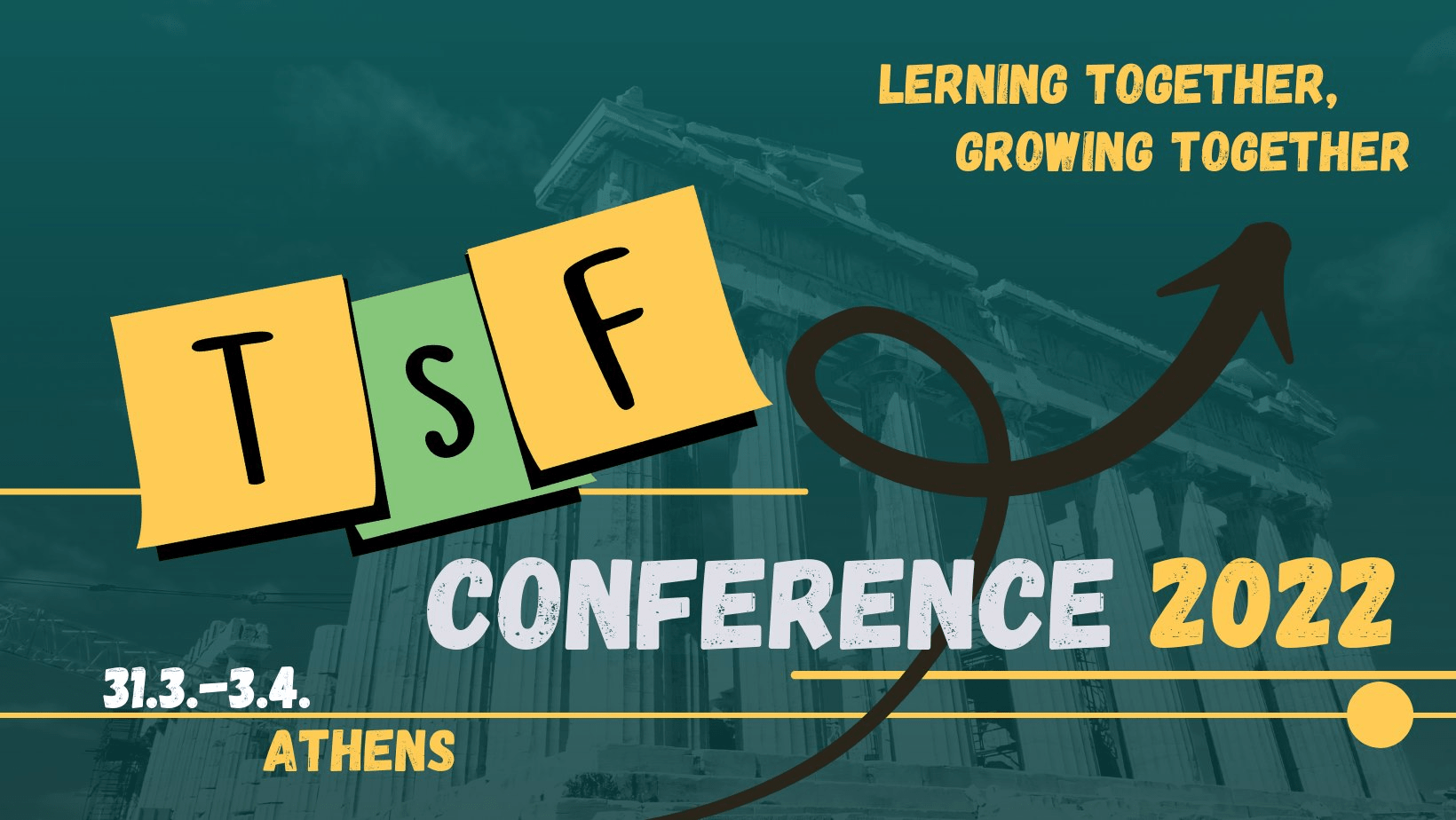 What is it all about?

TsF Conference aspires to be the biggest non-profit event for educators in Europe. And this time, it’s coming to Greece!

Participants of the conference come from various backgrounds, from student-run NGOs to established companies – forming a vibrant community of volunteer and professional educators. They are diverse in their fields of expertise too, bringing together a rich knowledge source that would be hard to create in any other way.

The idea is simple: show up with your best self, network and collaborate, learn and explore, exchange and create knowledge, all in a space co-created and facilitated by everyone involved, to lead your own (learning) adventure.

This year is a little different: while the content of the event is still open for participants to shape, we‘re inviting all of us to focus on a single theme – „Learning Together, Growing Together“. Dare to think big and broad – expand definitions, bring new perspectives, challenge the status quo, or defend parts of it you find important!

If you want to…

…expand your toolkit with new methods and principles,

…challenge yourself by offering a session and receiving high-quality feedback,

…connect with passionate educators from Europe and beyond,

…join an existing initiative in the TsF community (or launch a new one),

…play your part in improving the educational system of tomorrow,

TsF Conference is the perfect opportunity to do so!

If you‘re a teacher, trainer, facilitator, HR professional, manager, or anyone else interested in supporting groups and individuals along their developmental path, this is an event for you 😉 All levels of experience are welcome to apply for the event –bringing a fresh perspective and asking fundamental questions is as important as sharing cutting edge methodologies or nuggets of wisdom gathered through years of experience.

How will it happen?

TsF Conference is a co-created event where every participant is offered an opportunity to deliver or facilitate a session. We are all here to share our knowledge, experience and learn with each other! If you still think you do not have enough experience to deliver a training for other educators, you are invited to facilitate a discussion group, or team up with other participants to create and deliver a session together. This way, a great variety of topics to choose from is produced, and we are certain you will find a path through the event that fits your interests and needs. Finally, there will be plenty of time for casual social activities and facilitated networking.

The event is composed from the following building blocks:

Traditional session: A time and space to offer a session you’re already experienced with, to share the knowledge you think is most important to share.

Session lab: A place to experiment with new ideas, test out cutting-edge session designs, and get valuable feedback, all while supported by a safety net of participants willing to go along for the ride.

Open Space Technology (OST): A playful space dedicated to exploring any topics, questions, projects or ideas you find meaningful, facilitated according to the OST method.

World cafe: As we all know that the first step is half the journey, we will be holding a space for those of you with tangible project ideas to tap into the collective intelligence of the group, start clarifying their vision and sparking collaborations with each other. Right here, right now. Not when you come home.

Closing workshop: As everything comes to an end (before starting anew), this final time slot is devoted to bring together everything that happened during the last few days and tie up any loose ends before preparing to land back home.

Social Time: A much needed time to cool off our minds, have fun, explore the potential bubbling in the group, and enjoy random conversations, that just might plant the seed of the next big thing.

Bus connections or trains are also available. You are crafty, watch our survival guide and figure it out

We will provide more details soon

Simply because we care for our world.

We (and our in-house sustainability consultant) have invested a lot of thought to close as many loops and make the event as sustainable as possible on many levels. You will hear more about it in the months before the event, and you’re welcome to share any suggestions you might have

The LEADING College of Academic Studies in Greece: The ONLY Greek College with expertise in founding and operating Private Universities in Europe!

New York College (www.nyc.gr), one of the largest and fast growing multinational educational groups in Europe with a dynamic presence in Athens, Thessaloniki and Prague (Czech Republic), was founded in Athens in 1989 in collaboration with the largest University in the USA, the STATE UNIVERSITY OF NEW YORK.

New York College is the only Greek college that has established a private University outside Greece, the University of New York in Prague (www.unyp.cz) in the heart of Europe, in the Czech Republic.

In the World Ranking of Educational Institutions in Greece, New York College was ranked as one of the two leading Greek colleges, according to the study conducted by the Quality Assurance Unit (MODIP) of the NATIONAL AND KAPODISTRIAN UNIVERSITY OF ATHENS (newspaper Kathimerini, issue no. 29.810).